It's been a while since I have made a complete and playable game, so I thought it was about time that I took part in another jam! Last weekend I took part in Asylum Jam, a horror themed game jam, which turned out to be a pretty great success.

The game I ended up making is Tempus Fugit. It is based around a single mechanic that I have wanted to experiment with for a while now. The idea is that the player is being hunted by this invisible time monster, which slows down the time around itself. The only way the player can detect the monster is to observe their surroundings and see objects slow down from their normal speed. Because of this, the world is full of kinematic objects such as fans, swinging pendulums and rain which will betray the location of the monster. 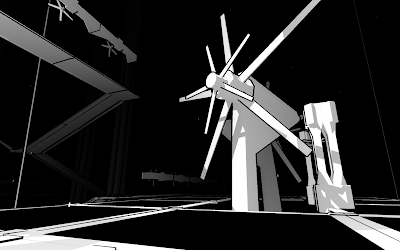 I have had this idea in my head for a while and wanted to try it out and see how well it works. Overall I think it is a pretty interesting mechanic, but I do regret not informing the player more upfront about how the game works. A lot of people who played the game spent a lot of the time confused about what was going on and never quite get to grips with the core mechanic, which was a shame. I feel like the game would have worked better if players were told up front (or at least shown more explicitly) how the monster works so they would have spent their play time looking out for the discrepancies in the world, rather than wandering around lost and confused. Some of the most satisfying moments I had when playing around with the game was when I was frantically scanning the area looking for clues about where the monster might be, which could be easily be lost if the player doesn't know what to look out for.

The art style was very well received, which I was super happy abut. The art style was built around my own limitations. By this point I feel pretty confident about making 3D models in Blender, but not so much texturing, so this white and black solid textured look fits perfectly into that. Having to include all of these moving objects really made the world feel more alive as well, which I will have to do more of in any future projects.

There was a lot of coverage of the game on various websites which was super awesome to see. Indie Statik did a really nice write up on the game and there were a couple of videos that came out from this including Indie Impressions and Giant Bomb's Patrick Klepek in Worth Jammin'. I was super happy to see these guys covering my game and mostly saying nice things about it, even if they were a bit confused while playing...

I may well play around with this idea more in the future, quite a few ideas have been running around in my head for the past week about how the game could be expanded into a more fully featured game. Hopefully more of this will appear here in the future.
Posted by Simon Davies at 19:21 1 comment:

Just a quick post to say that I made a game for this year's Molyjam 2013! 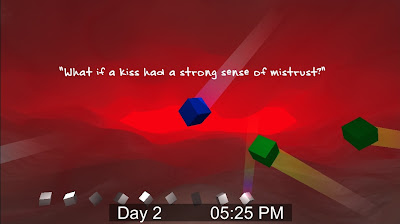 You can find it here:

It is very silly and mostly relies on you being mad about Peter Molyneux. Was lots of good fun to make though, and Peter made some awesome music for it!

Please give it a try and let me know what you think.
Posted by Simon Davies at 17:25 No comments:

Real life. That's a thing that happens, then things like blog posts get forgotten about. I'm sorry guys! I truly am! I will make it up to you by you telling about what has been going on recently. So 5 months ago to this day I started my new job at TT Fusion and have been having a great time. This has been my first games industry gig and it has been such a fantastic learning experience and have been able to get down and dirty making some friggin video games.

Outside of this, I have been spending a bit of time doing various bits and bobs. I have obviously been rather busy with work now, but I am still trying to make time to do my own little projects and learn new things on the side. I will hopefully have some stuff to show soon, but there is only so much time in the day to make things happen. This is a brand new project and it is pretty exciting stuff. Unfortunately this isn't related to any of my old projects, they may have been a bit forgotten about at this point. I love them all, but eventually you have to move on to pastures new. 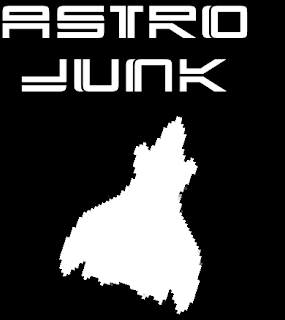